Neatness and legibility in the nineteenth century

Well, while  some degree of legibility is clearly required, when we look at the great and the good of the nineteenth century, it's clear that many of them - Darwin and Dickens to name but two, had appalling handwriting.

But what of more ordinary people?

This is where it gets interesting.

From my experience of looking at nineteenth century documents both from the family history viewpoint and my work documenting Dow's pharmacy, I'll say that most professional people, be they ministers of religion, pharmacists, doctors, lawyers, registrars etc., had okayish handwriting.

Madeleine Hamilton Smith, who wrote a lot of letters to her lover Emile L'angelier, who both was only recently out of education and was not someone who wrote all the time, and someone who we might expect to be neater than most, only had okayish handwriting.

As another example, Charlotte Bronte, who course wrote her novels in longhand, again only had okay handwriting: 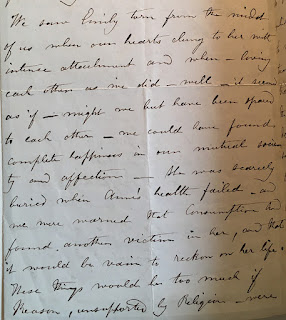 Not perfect, but okay, and probably better than today, and I'd conjecture that's because in the nineteenth century, prescriptions, minutes, ledgers etc were handwritten and had to be read by someone else. 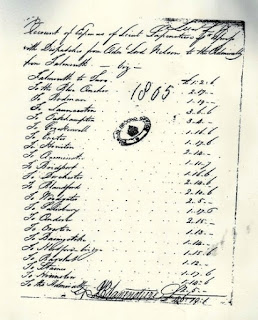 For example, Lapenotiere's expenses claim for the cost of his overland journey from Falmouth to London to bring the news of Trafalgar is legible but  not overly neat.

Likewise, at the other end of the century, when the vicar of Ingleton in North Yorkshire recorded the death of Queen Victoria in his parish register, it's again legible but not overly neat: 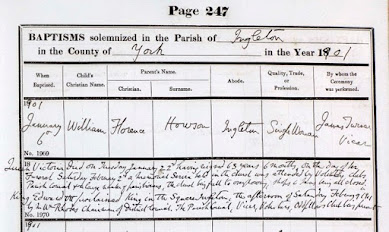 So where did the fixation with neatness come from?

Well, in the nineteenth century there was a class of professional writers who wrote out copies of official correspondence, company minutes and the like and they wrote beautifully in copperplate script, often working from draft documents that were written in a more ordinary manner.

I have this theory, and it is only a theory, that once universal education came in there was a great emphasis on neatness simply because being a copy clerk was a well paid and aspirational job.

And this fixation continued on for years - when I was very small and in primary school they first of all taught us our letters as printed letters in pencil in rough work jotters with terrible rough woodchip paper.

Later on, they began to teach us cursive writing, which was basically a simplified copperplate in ink on better paper.

Then the curriculum changed and it all became free expression, and being able to write neatly didn't get you any points, though people did care about legibility in these pre-computer days.

University assignments and so on were all typewritten, which of course meant that as long as you could read your own notes, it didn't matter if, like me, you had handwriting like a drunken spider crawling over an inkblot ...