Not having a smartphone is apparently a thing.

And of course I'm well known as a luddite when it comes to phones, but I recently bought myself a new phone. Not exactly a smartphone but a bin-end unlocked Nokia Asha 302.

Not as my main phone, but as a phone to use when travelling overseas.

You see, I have one of these travel sims that allow you to make low cost calls and send texts for pennies when overseas without incurring punitive roaming charges. It also doesn't come with a data bundle, although I could add one, but in practice you can get everything you need over wi-fi.

So, the Nokia has:

all in all a very good phone.

It should have email, but Nokia had this system where they collected your mail, stripped, textified, and compressed it for you and then downloaded it to your phone, and Microsoft closed this service when they bought Nokia's phone division.

Tant pis! - the browser still works and is good enough to find an email and get that phone number you're looking for out of an email - and I've got wifi.

It's also got a reasonable camera and bluetooth, so it doesn't lack connectivity. And of course it was considerably cheaper than a smartphone.

The next thing is to see how it works out in practice I guess ...
Posted by dgm at 10:51 No comments:

Upgrading to Omeka 2.3 via the command line

Having got a nicely working omeka install I thought I'd see if I could break it by upgrading to the latest version. I'm glad to say it didn't, here's what I did:


Now point your web browser at your site. You may well get a message about the site being unavailable while the upgrade completes. Go to the admin page and click on the database upgrade button.

Once complete, your site should just work. As always your mileage may vary, but this procedure worked well on my test install.

Nixnote 1.6 and an OAuth error

When we go to Europe this winter I'll be taking my newly Xubuntu-ized netbook with me, as well as the usual tablet etc.

Now I've stored copies of the various plane and train dockets in Evernote, so I thought it would make sense to install Nixnote, the third party linux Evernote client that I've reviewed previously.

As always I thought I'd test it by upgrading the version on my work linux machine first to the latest version, version 1.6.

But fortunately there's an easy fix. The summary of what you need to do goes like this:

Download the latest 1.6 stable release from the SourceForge repository.

Install it with the command

(replace the something with the version for your architecture eg i386)

Update the nixnote install as follows:

Nixnote should start up and you should be prompted to authenticate against Evernote and authorise the Nixnote app to access your data.

As always your mileage may vary and the location of files, including the download folder may differ on your system.

We had a power outage at lunchtime today that took out most of campus, and meant that all the buildings were evacuated while it was fixed.

However, the wifi network, being protected by a UPS kept going with the result that all the students who'd been ejected could keep on working by sitting on a bench, under a tree, or what have you.

So, as is my wont, I took a walk to make an informal count of what students are using.

And the answer's Apple.

A lot of Macbook Airs and quite a few Macbook pro's. There were a reasonable number of Windows laptops as well, which I'll guess were mostly windows 8 purely because they all looked reasonably new - I'd no way of sorting out the Windows 7 machines from the Windows 8. Most of the windows machines were 15" screen models.

Few if any students were using a tablet - I guess if you have to carry one device, you'd carry a laptop rather than a tablet.

In contrast, quite a few of the staff members who'd had the presence of mind to grab a device on the way out had grabbed older, and quite often well used looking, laptops (Mostly windows, rather than Macs, although there were some Mac users). Again, not a lot of tablets in view, and no small format computers.

Long term this might have implications for the future of Windows - if a lot of people who potentially will become significant users of computing have migrated away from Windows it suggests that that revenue stream may diminish.

But then of course, there's always Office, which is still seeming to retain its stranglehold on the wordprocessor and spreadsheet market ... 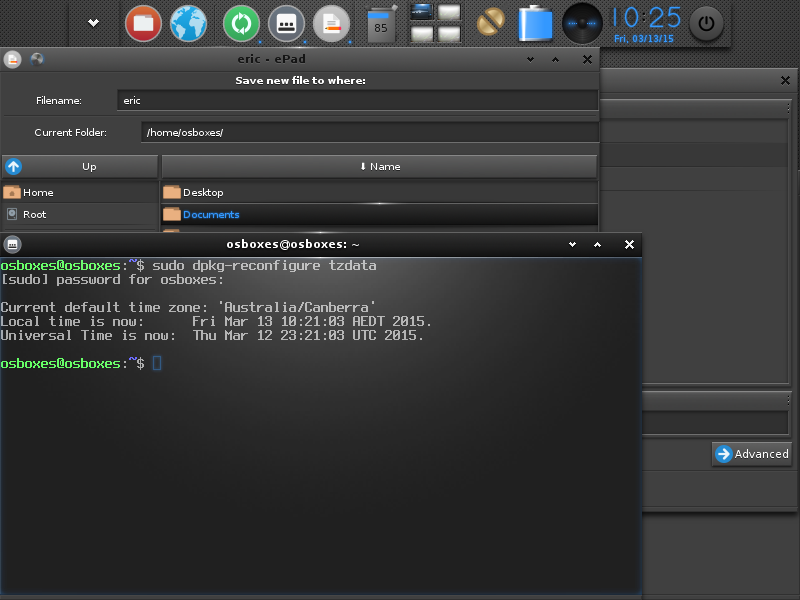 
Following my success with building omeka on a debian vm I thought I'd write down how I did it before I forget.

It's not rocket science, all I did was follow the bouncing ball ...

It should just work, but as always, your mileage may vary ... 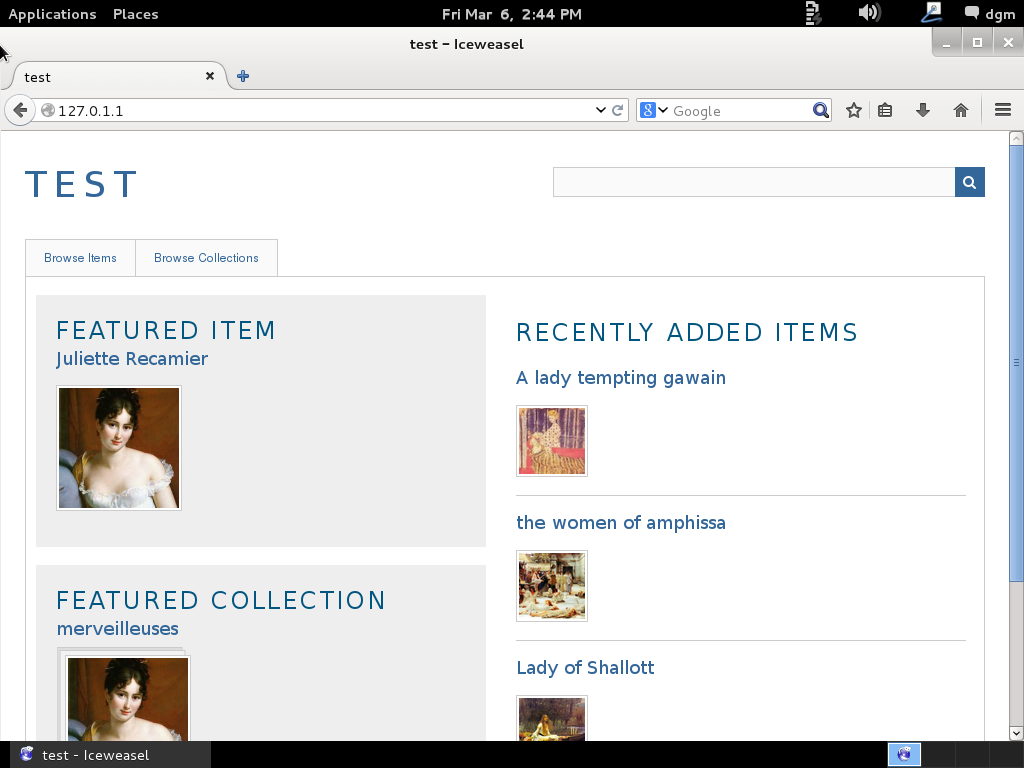