For those unfamiliar with Klout, Klout claimed to measure your social media impact via some totally obscure algorithm that tracked retweets and mentions weighted by the number of followers your retweeters had, plus possibly some other factors.

For all I know it was all made up and the numbers were totally meaningless, but in the days when I cared about impact, altmetrics and bibliometrics (and some of that is possibly just as much a con game) Klout was incredibly useful as it provided a justification for the use of social media in academia, and time spent blogging and tweeting, even if it didn't show up in the traditional measures. 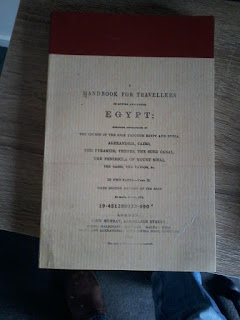 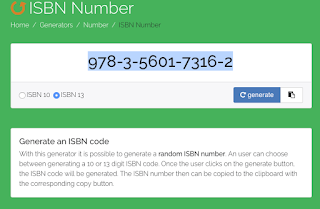 They're usually readily identifiable, often embossed with the manufacturers name or logo, and what's more, durable, attractive and collectable, which means that they turn up for sale on sites like ebay and gumtree, as well as more specialist bottle collecting sites.

So by treating ebay as a research resource, you can readily work out the rough distribution of the bottles - for example in both the cases of Hayman's balsam of horehound and Jacob Hulle, ebay gave me a rough spread of the bottles.

But of course it's not perfect. For a start there's no real provenance. We don't know where the bottles were found, or indeed under what circumstances. We don't know a date, even a hand waving one based on other items found with the bottles.

For example, with Jacob Hulle, we know that the company was operational for roughly ten to fifteen years, which can give us a rough date.

For Hayman's it's a bit more difficult. I've found adverts as early as 1861 and as late as 1895, which probably brackets the lifespan of the product. There's no real way of dating anything more exactly.

And of course, I'm making a big assumption, that the vendor is located close to where the bottle is found. It may of course been traded on at a collector's fair and have been found several hundred kilometres from the vendors location.

Now in the case of Australia, Wales and New Zealand the online collections of digitised newspapers are our friend, they give us clues as to where he was advertising, much as we can see that Hollway's pills were advertised extensively in the goldfields as in this example from the Ovens and Murray advertiser from 1869: 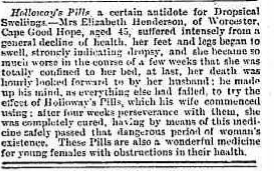 But then we turn to places such as South Africa.

I'd really like to know if the Hayman's bottles turn up exclusively in the former Cape Colony, or if they were rather more widespread. And of course one can't as there's no real provenance information ...
Posted by dgm at 17:13 No comments:

Is trove difficult to use ?

Yesterday, I went to a collections use workshop organised on behalf of Collections Victoria.

Essentially they want to find out how people are using their services and to that end have organised a series of workshops with people working on local history projects, and yours truly was one of them.

I won't go into what we said or did, because I don't think it was particularly remarkable but one key takeaway is that a lot of the participants said that they found trove, the NLA's digital resources website difficult to use.

I didn't have time to drill into what was difficult to use, but I got the feeling that a lot of people felt that they did not know how to search effectively online.

Most of those involved were reasonably competent local historians, used to dealing with books and paper archives but being in their sixties appear to have missed out on digital skills training or simply didn't have the opportunity in their past professional lives.

Seems like there might be a training need. And possibly one not to difficult to fill, after all most university libraries have been running online search skills courses for years ....
Posted by dgm at 10:08 No comments: