When you work with old documents and photographs, not to mention ephemera such as labels and packaging, sooner or later you need to make a copy.

Being an utter geek, I've both a flat bed scanner and a film and slide scanner at home, which means I can scan most things, and at the Dow's Pharmacy documentation project I use a little Nikon camera to photograph artefacts. The only thing I can't so is  photograph or scan books, but I do have half a thought to make myself a DIY book scanner. Or perhaps not - basic book scanners are remarkably cheap these days:

But sometimes, when you are out, you come across a photograph or document that you want a copy of. You can't take it home to scan, so what to do?

The obvious solution is to take a photo with your phone, but you then end up fiddling about afterwards tweaking and straightening the image.

But over the last few years, various scanning applications have appeared, initially with the aim of allowing you to easily and accurately scan invoices and receipts, but clearly you could use them to scan anything.

So how good are they?

Well I did some experiments using the Google Photoscan app on my iPhone (it's an iPhone 8, so the camera is nothing remarkable in terms of capability and resolution).

First of all, I scanned a page from an old notebook, and certainly I got a nicely lined up and legible image: 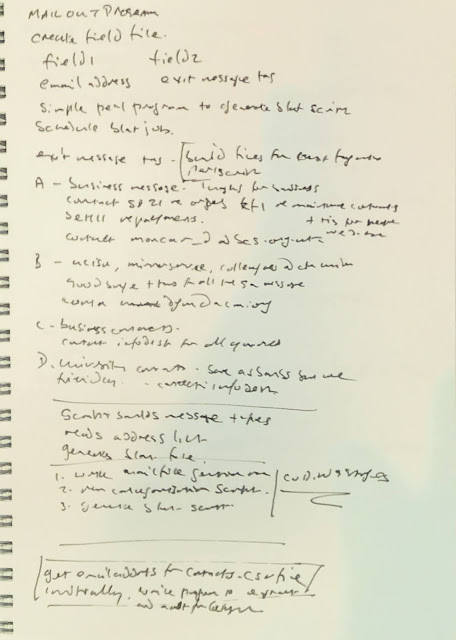 Now we have a copy of the Compleat English Gardener which belonged to J's great^n grandfather who was a market gardener in Barnard Castle in the 1810's. I took a photograph of page 9 and also scanned it with the scanning app. 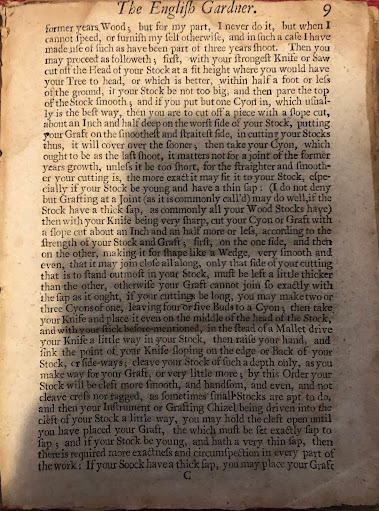 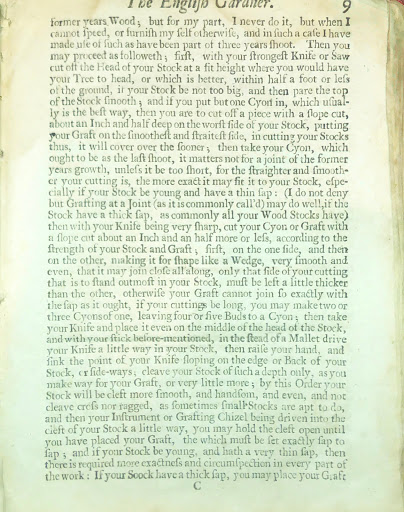 The photographic image is more realistic than the scanned image, but the scanned image is perhaps more legible, and has got rid of the shadow of my chair. What it does show is that photographs can be perfectly usable, but you might want to use the scanning app to guarantee an accurate image.

I then decided to compare how it handled photos. I've a picture on my pinboard that was taken of us by a photographer friend of ours after Christmas lunch in 2003. Despite showing how depressingly young we looked compared to now, it's a nice test example as it was taken on a reasonable quality Olympus SLR on standard Kodachrome and processed in an automated film lab as opposed to any clever stuff. Despite being taken by a professional press photographer, it was taken on his everyday camera and treated as an ordinary fun picture. 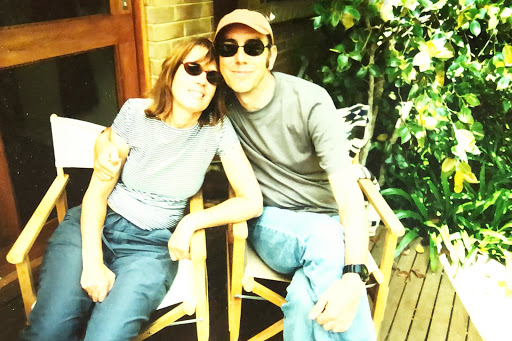 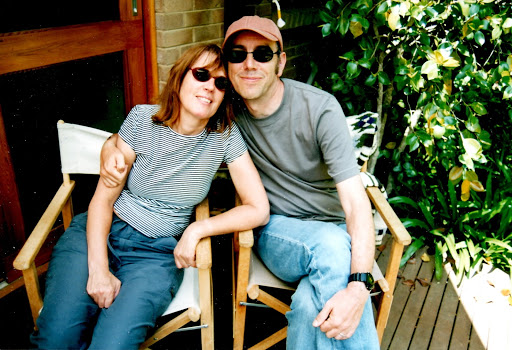 The scanned image is certainly better, but again the image taken with the scanning app is perfectly usable though a little bleached out - better lighting may help here)

So what do I think? - for documents it's certainly more accurate out of the box and gives more consistent results than simply photographing them. It also does a reasonable job of photographing images, but not to the quality obtainable from a proper flatbed scanner.

When I joined the herd and bought myself an iPhone, I discovered that I'd become reliant on using the Samsung health app on my old Galaxy to track my bike rides and cross trainer sessions, and what's more Apple's equivalent app was not nearly as sophisticated.
So I bought myself a $30 no name Chinese fitness tracker that let me track work outs, bush walks, bike rides and so on, as well as measuring heart rate and blood pressure. The tracker came with a nice little app that interfaced with Apple health, which was pretty cool. 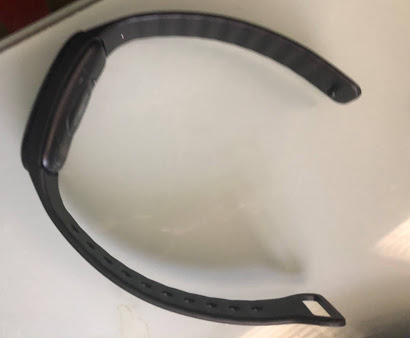 So, for the last few months I've used it purely as a fitness tracker for workouts and bike rides. It's certainly not the jazziest, but it does the job, and the data it records is not too different from what I got out of my old phone, so we'll say it's accurate enough - a reasonable indication rather than clinical grade data.
And then, a couple of weeks ago my watch broke. Actually the story's more complicated:
About a year ago my old trusty Seiko died, like never to go again died. So I took to wearing a minimalist black plastic Swatch I'd bought for travel and rough stuff as my everyday watch. And as always happens with plastic watches, the strap died long before the watch did.
The simple solution was to get a replacement strap and the poky tool to get the pins out, but this of course all took time, and in the interim I used a $10 unbranded army style watch I'd bought off ebay a couple of months ago.
Well $10 watches are fine - some I've bought for everyday use have lasted two or three years. This one wasn't one of them. It stopped and the battery wasn't easily replaceable.
So this left me without a watch. Now I live in rural Victoria and the nearest town with any decent watch shops is in NSW and inaccessible due to the COVID-19 border closure. The local pharmacy has some overpriced shiny no name watches, and that's about it.
So I held my nose and bought a watch from Amazon. Stupidly, I failed to notice that they were shipping the watch from Canada, so instead of being without a watch for two or three days, it was potentially two or three weeks.
Now, I still like a watch to know the time, so I decided to start wearing my fitness tracker all the time.
And that was quite interesting - turned out that I was more active than I thought I was, and that my resting heart rate and blood pressure were lower than I thought. The latter being of interest as I've always had blood pressure at the high end of normal, and doctors periodically like to give me the healthy lifestyle speech as a consequence, and don't want to hear when I tell them it's probably genetic, and that when I regularly ran 10km it was still the high end of normal.
But I digress. What was it like in daily use?
Surprisingly good - battery life was good, running for three or four days without having to be charged - which was a blessing because the charger clip - basically a large USB crocodile clip with two prongs that need to be positioned just so, was incredibly fiddly to use.
Basically it told the time. Features like vibrating when you got a new mail message were less useful - the screen really was too small to read, and of course you have to be in bluetooth range of your phone - like you can  hear your phone ping.
I suppose if you had your phone on silent in your bag when you were in a meeting, or else somewhere noisy like a train station it would be a useful feature, but for me, less so. I didn't test how well it's claimed ability to start and stop your music play list or remotely operate your phone's camera worked.
The heart rate and blood pressure monitors use the standard flashing light technique, which meant that you had to have the band pretty tight to get a decent reading.
Other than that, it did the job - and did it well. My major gripes were (a) it was IP27 rated, and not fully waterproof - something to bear in mind nowadays when we're all scrubbing our hands so much, and (b) the device was designed to be worn on the inside of the wrist, rather than the outside.
However, these aren't major criticisms. I came away quietly impressed how well a $30 fitness tracker worked in daily use. In fact it did the job so well that it's not clear to me why you would use one of the more expensive named brand  models unless you were engaged on a serious training regime...
Posted by dgm at 12:19 No comments: