In between the last two lockdowns here in Victoria, I managed to get a day down at Dow's documenting artefacts.

One of the items I found was a pack of Sanos toothpaste. The pack looked, stylistically speaking to date from the 1930's

but when opened, the tube - still intact with the original contents still present had rather more of a 1920's look about it

Trying to identify the manufacturer proved tricky - there's been various Sanos companies over the years but none of them quite fitted the bill. A quick eyeball search of digitised newspapers in Trove suggested that the 1920's through to perhaps the 1940's was when this brand was a reasonably common product.
To confirm this I used QueryPic to search for instances of  Sanos Toothpaste - and what I got was not quite what I expected 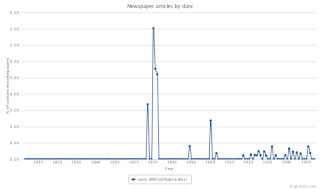 see that peak around 1870 - it's anomalous.
While people did use tooth cleaning preparations in the 1870's they were usually sold as hard pastes in ceramic pots.  This of course doesn't mean that toothpaste wasn't sold and advertised 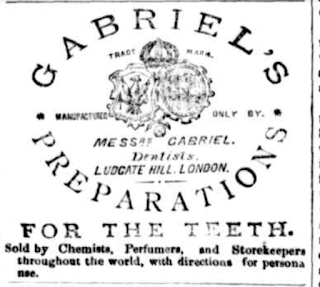 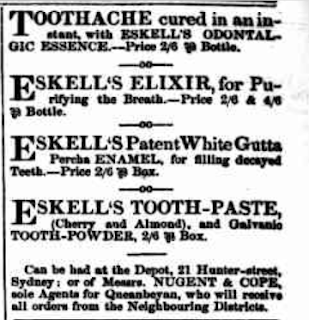 just that it wasn't sold in a squeezy tube.
But I was puzzled by strong peak in the 1870's so I checked out some of the articles and I found quite a few like this 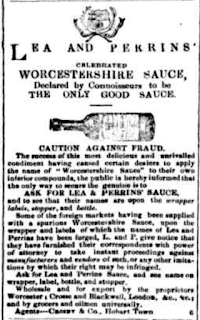 which certainly doesn't have anything to do with dental hygiene - and then I realised what might be  going on - in Trove, blocks of adverts, especially single column adverts as found in  older newspapers, are usually scanned and indexed as a single entity, not to mention that grocers sold both toothpaste and Lea and Perrins.
Sauce can of course be misread by automated OCR as Sanos, especially given the small font size and blobby ink typically used in early newspapers, and so, if one searched for Sanos AND toothpaste, rather than "Sanos tootpaste" as a single string there was a risk of false positives ...