Two weeks in and what have I learned? 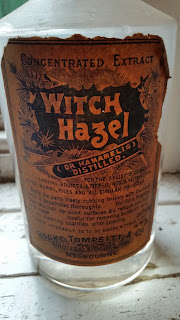 Well I've been working on the documentation project for a couple of  weeks now, so I thought I'd take stock of what I've learned so far

which is probably newer than 1895 as Terry's didn't legally incorporate under that name until then, but stylistically I suspect that the top doesn't date to much later than 1895. The rhubarb extract may not have been its original contents - there's some evidence of bottles, especially the older ones, of being reused and relabelled.
So, all in all a productive two weeks, and one that convinces me that using bottles to track early trade patterns in the South Pacific was not completely mad ...