British and American engagement in Central Asia via Google Ngram

A little bit of fun research - building on my little demo yesterday about how the use of the word Indies coincided with the age of european exploration I though I'd experiment to see what the use was of five terms:

If you run the query against the the English language corpus you get the following: 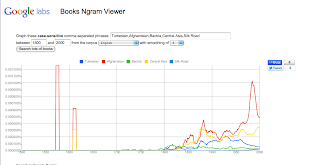 Essentially showing that:
Run the query against the British English Corpus and one gets a slightly different picture: 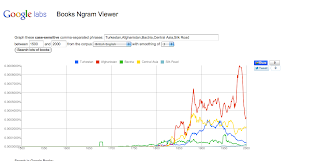 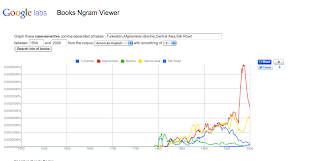