I’ve just tweeted a link to an article by Charlie Stross on why we still use Word. And he’s dead right.
Over my thirty or so years I’ve had a lot to do with text processing - converting documents from one format to another, creating documents that could be used as structured input but still read well as print and the rest.
I still even have a blue and gold Word Perfect coffee mug ... 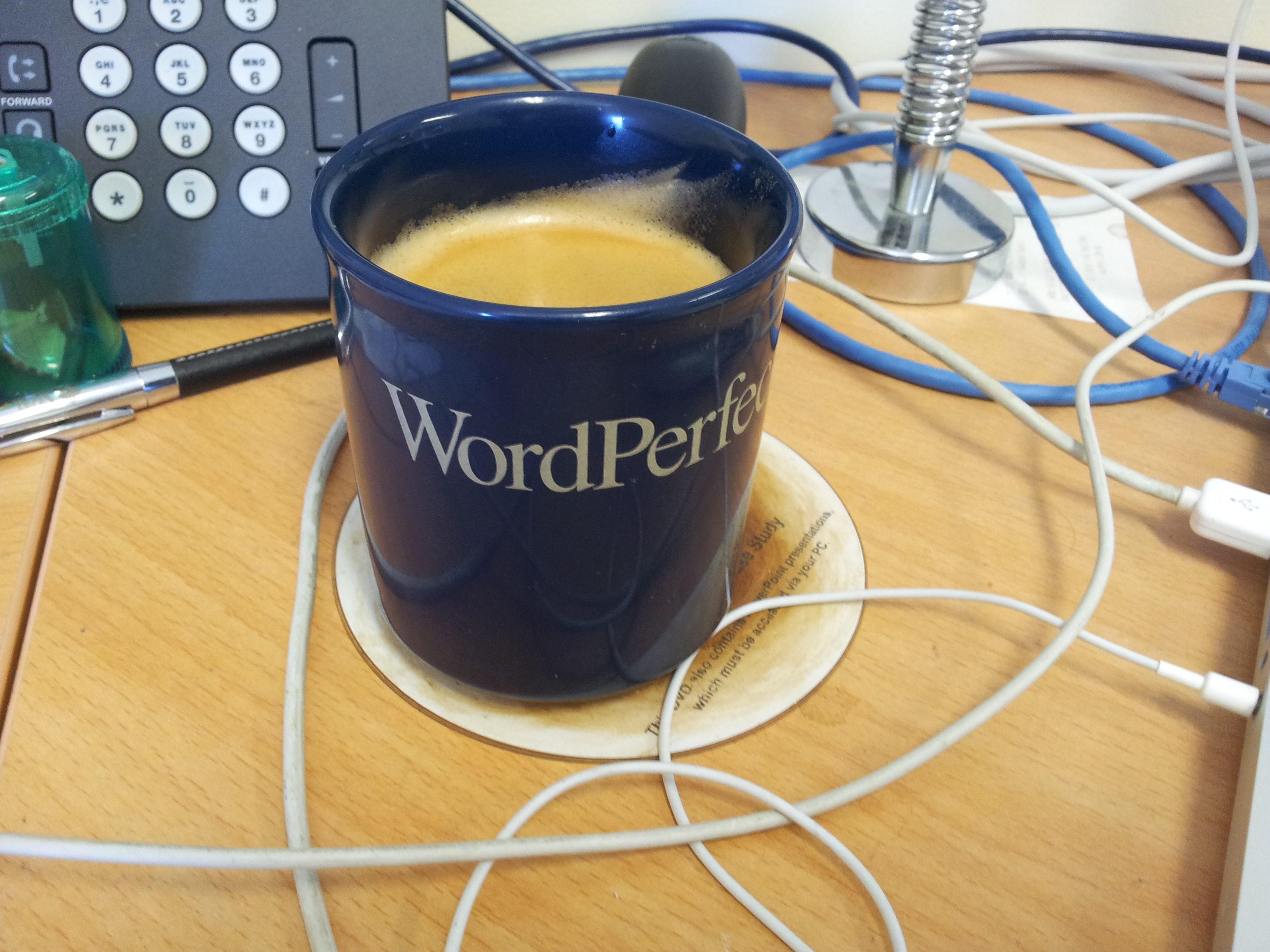 I’ve also seen a lot of horrorshows in the print and typesetting world, including a room of typsetters (people, not machines) marking up text in vi fullscreen on lovely shiny Macs, or the time a certain printer manufacturer explained how to override the defaults by creating this firmware macro (again in vi) and prepending it to the front of a file.

But, at the end of the day we come back to Word. Almost everything uses and understands the docx format, and Word of course does it better, quicker and more optimally than product with reverse engineered docx handling.

There is little or nothing in any of the document workflows out there that could not be done by something else, TeX perhaps - equally powerful, but unfortunately no one wrote a decent graphical front end for it in the eighties when Word first came on the scene.

Word came to dominate the market place. Other, equally good alternative products, eg WordPerfect fluffed the transition to windows environments, and some, such as AmiPro were just plain out competed. And so it came to pass that everyone who wanted your text documents expected a word document.

Which is why I have a copy of Word. Libre Office might be as powerful. Markdown might be faster, Google Docs good enough for meeting notes and brainstorming, but at the end of the day, if the text has to go through a workflow it means Word.